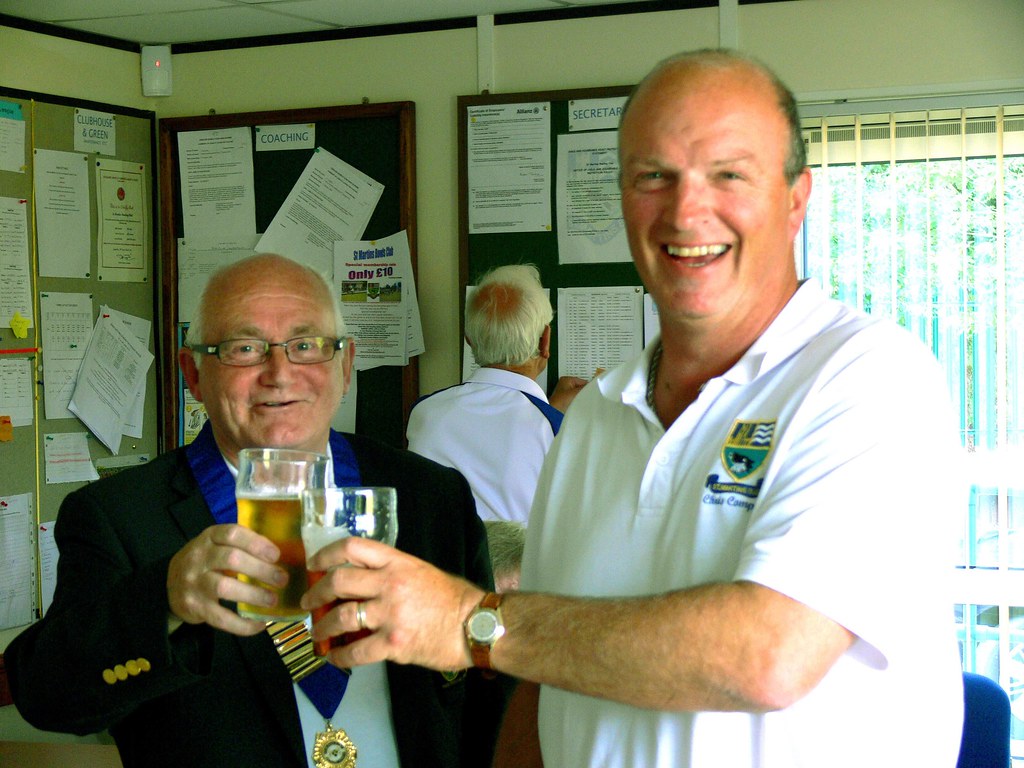 As you are all aware, 2020 was non-existent in terms of bowling, and I was honoured to be elected for that year. Sadly, so many events that were planned such as the District Tour, District Gala and many more did not take place. Even more affected was the chosen charity Dementia UK who needs our support more than ever. I also have my own club to thank once more, for allowing me to carry on as President for 2021 with their continued support.

For this coming year I would like to think in a most positive way, therefore with the support of the Officers of the District and yourselves, we should be able to achieve some great times. I know that some items have been cancelled, but there is still a lot of activity going on. We are trying to plan some visits to places of interest such as we did in 2019. We are also planning a Gala in August which I hope you will support, the proceeds going to Dementia U.K.

Once again, I look forward to an exciting year of Bowling and meeting the members of other Clubs and Districts. I know that we should have celebrated some Club centenaries last year but hopefully we will do this year, albeit a year late. On a slightly different note, I look forward to giving out a lot of Pens with last years date on, they could now be called collectors items !

Once again, my personal thanks in advance to all the clubs within the district for their support during 2021.